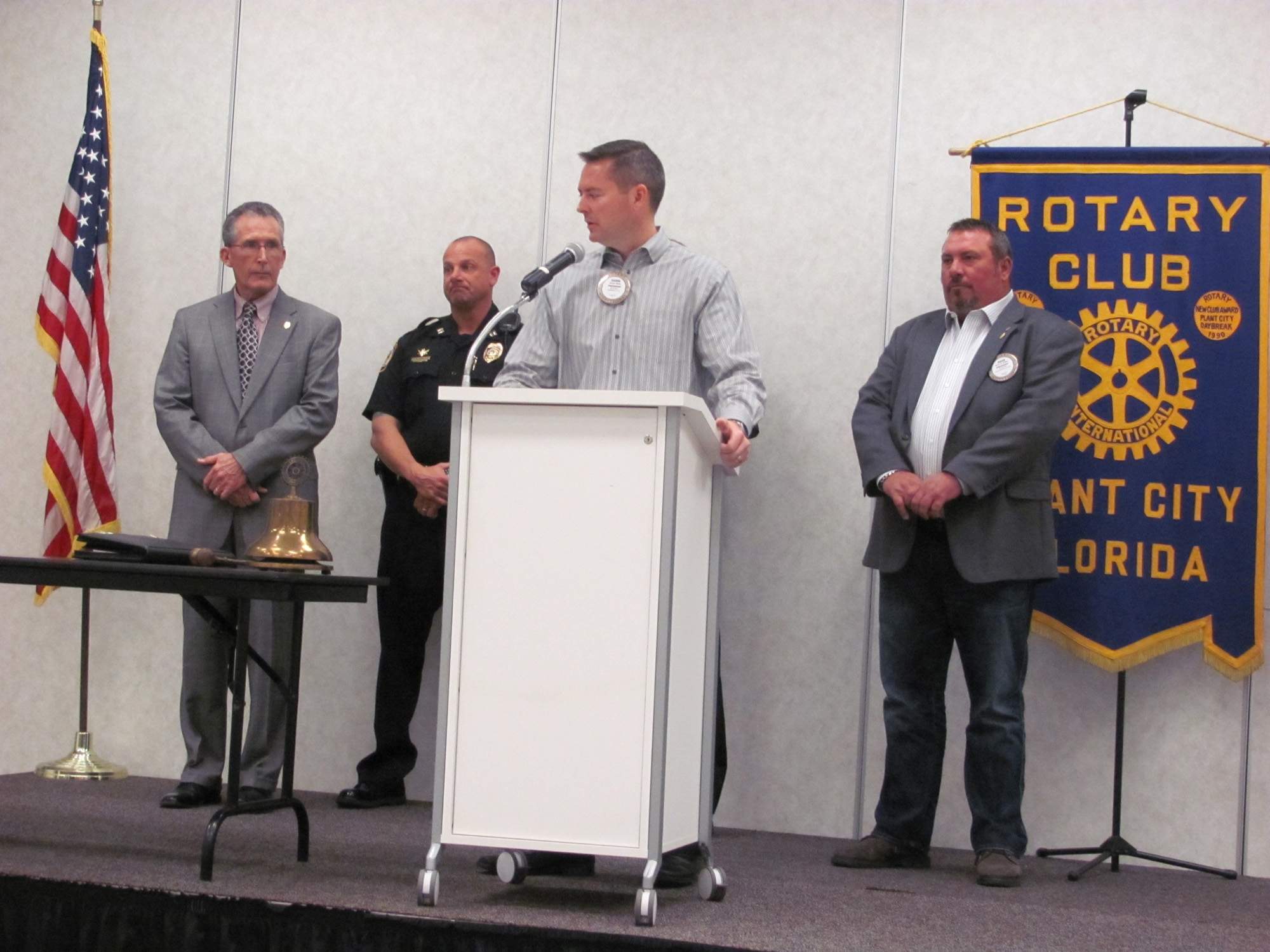 A few years ago, Aaron M. Davis, Florida Agency Network CEO and former Plant City Rotary Club President, had a goal of equipping each patrol car in the Plant City Police Department with Automated External Defibrillators (AED) in an effort to assist in medical emergencies. This goal was completed last year, and the effort is paying off.

Last week, the PC Rotary Club was informed that one of the AEDs installed in a patrol car aided in saving the life of a 46 year-old man who had gone into cardiac arrest. According to Captain Rodriguez of Plant City Fire Rescue, the PCPD Officers were able to provide “exceptional care to the patient utilizing their AED and hands on cardiopulmonary resuscitation.” The PCPD Officers on the scene provided the patient with shocks in order to stabilize him until the Plant City Fire Rescue were able to get to the scene.

Since delivering the first units in 2013, the Rotary has donated a total of 47 units, which have been used at least 5 times now.

“I am so thankful to everyone who helped the Rotary achieve this goal. I hope the AED units continue to assist more PCPD Officers in saving the lives of those in this great community,” said Davis.