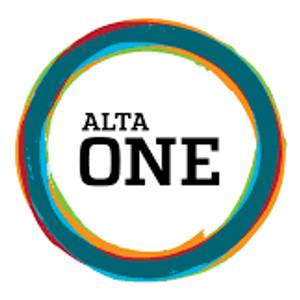 A few of us recently attended the ALTA ONE convention in New Orleans. In fact, our CEO, Aaron Davis, was part of a great panel presentation which discussed how to best integrate new offices after a title merger or acquisition.

Although we’ve been to a few of the first in-person conferences to be had since before the COVID lockdown, ALTA ONE was a nice barometer as to what’s gone back to “the way it was,” and what hasn’t, as we slowly reopen the doors to society. We thought it might be fun to share a bit of that with you if you didn’t have a chance to attend. And, by the way, ALTA did a great job navigating some of those challenges!

One of the first things you’d have noticed if you had attended this particular show was that many folks seemed to be in a vacation-like mood, and were clearly very happy to catch up with old friends, partners and peers. The fall ALTA show has always had a bit of a more leisurely, social vibe to it—not that plenty of real networking and work doesn’t get done. So this was no surprise. But there were even fewer suits to be seen. Dress was just a bit more casual than we remember. The parties and after-hour events were a little livelier. And the typical attendee eye color was a little redder at those 8am sessions (Yep. Those are still a thing.)

We wondered how the exhibit hall would work out. Attendance was a bit lower than you’d have seen in the past, but more robust than one might have expected this year, especially with the recent storm damage and pandemic surge. But there were few reminders of those tragedies at this convention. ALTA also did a nice job creating a hybrid model so that attendees who couldn’t or didn’t want to travel could still attend all of the sessions.

The exhibit hall, always a barometer as to the success of any conference, was anything but stagnant or empty. What was especially notable about this exhibit hall, in addition to its vibrance and energy, was what types of businesses were exhibiting. Not that long ago, you were likely to see exhibitors from only a few categories at any major title/settlement show. First, you could count on the production technology (title and vendor management) providers, no matter what. Then, you might find abstractor/examiner businesses or online search tech providers. Finally, you could count on back-office service providers, be they “offshore” or “onshore.” After that, you could also expect an additional smattering of other related businesses manning their booths and conducting their raffles.

We were struck by the variety of tech providers at this year’s ALTA show, and not just production systems. RON providers. AI providers focused on customer service. Electronic disbursement providers. In short, less evidence that the only cure for the title industry’s ills is an “end to end” technology, and more specialization. We also saw a lot more engagement in the exhibit hall as well. Maybe the title industry is finally catching on to the idea that this is a process that truly needs to be streamlined!

We’ll only tease you by sharing that one entrepreneurial exhibitor went so far as to offer Bloody Mary’s and a local jazz band at their booth for the early morning hours on the first full day of the event. Kudos to them!

All of that’s just the starting point. We observed a lot more at the ALTA ONE convention this fall. So much so that we’ll be bringing you another raft of observations in part two of this blog…coming soon!